Yesterday, I bought an icon pack containing over 3,000 (!) SVG files and macOS utterly failed me when I tried to search the unarchived folder. 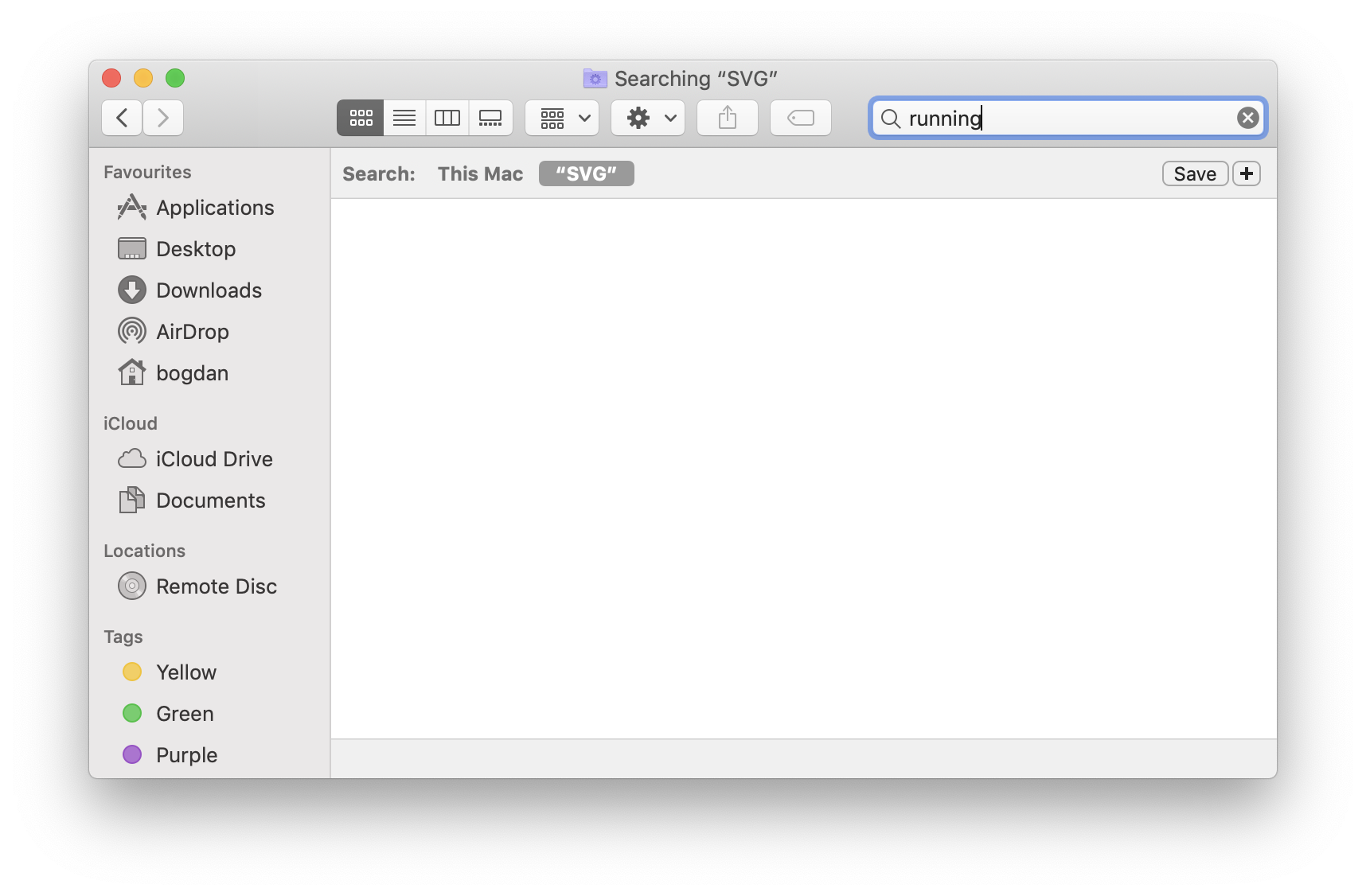 So I did what any self-respecting Racketeer would do. I used this as an excuse to play around with Racket’s built-in GUI library!

The Racket GUI toolkit is a retained mode style API for building user interfaces, meaning that you work with it by instantiating objects that represent the things that ought to be drawn on your screen and then the system draws them for you and, in order to add custom behavior when the user interacts with those objects, you register callbacks that react to certain events.

To render a window on the screen, all you have to do is:

The above code instantiates a new frame object – whose label (title) is “Hello World!” – and then tells it to make itself visible. Easy as that!

The GUI library is built on top of Racket’s class system. All you need to know to make use of it in this context is:

With the above in mind, we can go ahead and lay out our interface:

Assigning a parent to a widget ensures that said widget renders within said object. So, above, we have defined the following hierarchy:

The panel lays out its children underneath one another in a single column and its children should be fairly self-explanatory:

If you run the above code, then you should get a UI that’s nearly identical to the one I showed at the beginning of this article.

Despite looking like the screenshot, the code above doesn’t implement any of the behavior of the final product yet. So let’s add that!

You may have noticed that the list-box% class takes a choices field. Let’s start there.

At the top of the file, we can gather all of the names of the SVG files in the current directory into a list:

And then we can pass that list to the list-box when we instantiate it via the aforementioned choices field:

Run the code from a folder that contains SVG files and you should now see those files being listed in the UI.

On to filtering. When someone enters text into the search-box, we want the list of filenames to be narrowed down to only those filenames that contain the search string. To do this, we can give the search-box a callback that it should execute whenever its contents change:

The callback takes the search-box object itself and an object representing the event that occurred as arguments. It then extracts the text from the search-box, empties out the list-box and only adds back in those filenames which contain the search string.

Finally, it’s time to display the selected SVGs. For that, we’re going to need the rsvg library. To install it, you can run:

It relies on librsvg so you’re going to need to have that available as well. On macOS, you can install it using homebrew:

To hook things up, we require rsvg then add a callback to the list-box so that, when an item is clicked, we can read the file from disk and display it on the canvas:

And that’s it! At this point, you should have a working icon viewer. Not bad for about 50 lines of code.

The final version is a little longer because I added support for debouncing and copying selected files elsewhere by double clicking on them, but it still clocks in at only about 100 lines of code!

You can find the final version of the code here.